As of the latest Firefox release, all third-party cookies are finally isolated into partitioned storage by default

As of the latest Firefox release, all third-party cookies are finally isolated into partitioned storage by default

sure it is, i do it all the time. sometimes i’ll get a too-slow circuit and need to try another, but, it works on the first try more often than not.

These instances are not only slow, they also sell their user’s information.

I’ve long wondered about this regarding alternate frontends for big sites in general, but especially about the youtube frontends like piped and invidious which must require substantial resources to operate (though sometimes they’re serving the video data itself directly from google, sometimes they’re actually proxying it too)… but, I’ve never seen any evidence of it. Have you?

In any case, many of the popular instances are running on Microsoft or Oracle clouds, and/or Clownflare, so, from a privacy standpoint it isn’t really much different than Google. I use them occasionally in Tor Browser just because they’re less likely to be blocking a Tor exit than youtube proper is.

HTML5 may as well stand for Hey, Track Me Longtime 5. Ads can use it to fingerprint netizens

HTML5 may as well stand for Hey, Track Me Longtime 5. Ads can use it to fingerprint netizens

fedilink
Arthur Bessetoasklemmy@lemmy.ml•If you would create a new ActivityPub alternative, what would you change?
link
fedilink
8•
edit-2
21d

the “fediverse” is ostensibly decentralized but that actually just means it has more single points of failure than the centralized model it is attempting to replace. (a failure doesn’t necessarily take the whole thing down, but, “federated” generally means there are more people and systems which could individually prevent information from flowing from point A to B; eg, I can’t message someone on another server if my server is down or if their server is down.)

Secure Scuttlebutt has a much better data model but is doing other things wrong so I haven’t used it much. Maybe Twitter’s Bluesky thing will produce something good, but I’m not holding my breath. What is clear is that ActivityPub is not a good long-term answer (but it is fun today).

torrents, and yt-dlp (works with bandcamp, soundcloud, etc, not only youtube).

with a few exceptions i only pay for music when i can do so without an intermediary taking a big cut and my data (eg, mostly only in-person at a show), but i have paid for things through bandcamp a few times.

yep, this is almost exactly the same calculation i just did to arrive somewhere between $0.50 - $2 for an SBC :)

that is true; running a small single-board computer probably adds somewhere between $0.50 to $2 per month to your power bill, depending on the model and the rates in your area, and much more if you use a normal PC instead.

If you have a decent internet connection at home, and a spare computer (eg a raspberrypi or something), and you don’t mind everyone knowing your home IP address, it could cost as little as $0.

It’s also possible to rent a virtual server for the purpose for as little as $5/month, but you’d probably want to spend a few times that to get one with better-than-minimum specs from a reliable/reputable operator.

The biggest expense is the time it takes to maintain it. Becoming an infrastructure provider for other people can become quite a hassle, especially if they come to rely on it and are seriously inconvenienced when you have downtime.

fedilink
Arthur Bessetoasklemmy@lemmy.ml•What do you think is the safest place to escape to in case of global conflict?
link
fedilink
18•2M

if you live in a GDPR country, consider filing a complaint with your local data protection authority

i think DDG is hosted on AWS

Can anyone shed any light on what the impetus to this letter was? It very much reads like it must be in response to something specific having been widely distributed prematurely, but doesn’t say what it is/was.

fedilink
Arthur Bessetoasklemmy@lemmy.ml•can anyone tell me how I can comment on a peertube video from my lemmy account?
link
fedilink
11•2M

In theory I think you can:

However, I just tried it with this video (that instance is running peertube 4.2.0, which is required for some features according to the lemmy release notes) and my comment here has not yet appeared on peertube (nor are the four existing comments on that video appearing on lemmy, nor is the one other video on that channel appearing on the lemmy page for that channel).

This is a collection of no-op statements that are syntactically valid only since Python X.Y, for most X.Y ≥ 2.4.

This is a collection of no-op statements that are syntactically valid only since Python X.Y, for most X.Y ≥ 2.4.

see my other comment in this thread, it can translate offline now

The current link in this post goes to a year-old story about the online translation feature… here is the same site’s coverage of this week’s news - which is that there is now offline translation support: https://www.ghacks.net/2022/05/30/firefox-translations-firefoxs-offline-translate-feature-is-making-progress/ (i assume this is what OP actually meant to post). (edit: OP fixed the post’s link)

Here is a web page that loads their wasm translation engline and does the actual translation offline (and it does work in the stable release of Firefox). It’s irritating that the extension still requires a nightly firefox build, as I’d like to use it in my daily browsing but I don’t want to use nightly all the time.

(note: OsmAnd should be installed from f-droid to get the unrestricted free software version; the version in google play hilariously requires you to pay for the ability to download more than a few maps 🤣 )

How fast are Linux pipes anyway?

How fast are Linux pipes anyway?

on the website it sounds like it’s opt-in (via participating sites’ GDPR cookie popups), and it’s a new thing from a major european carrier, so i assume it was designed with GDPR compliance in mind. 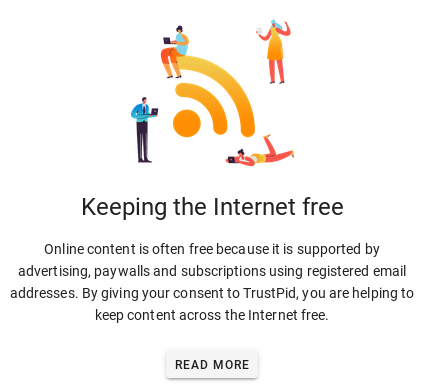 (tag yourself; i’m the consenting laptop user sitting on the radio waves)

i lol’d at the comically large shadows in this one (“BaZik”): 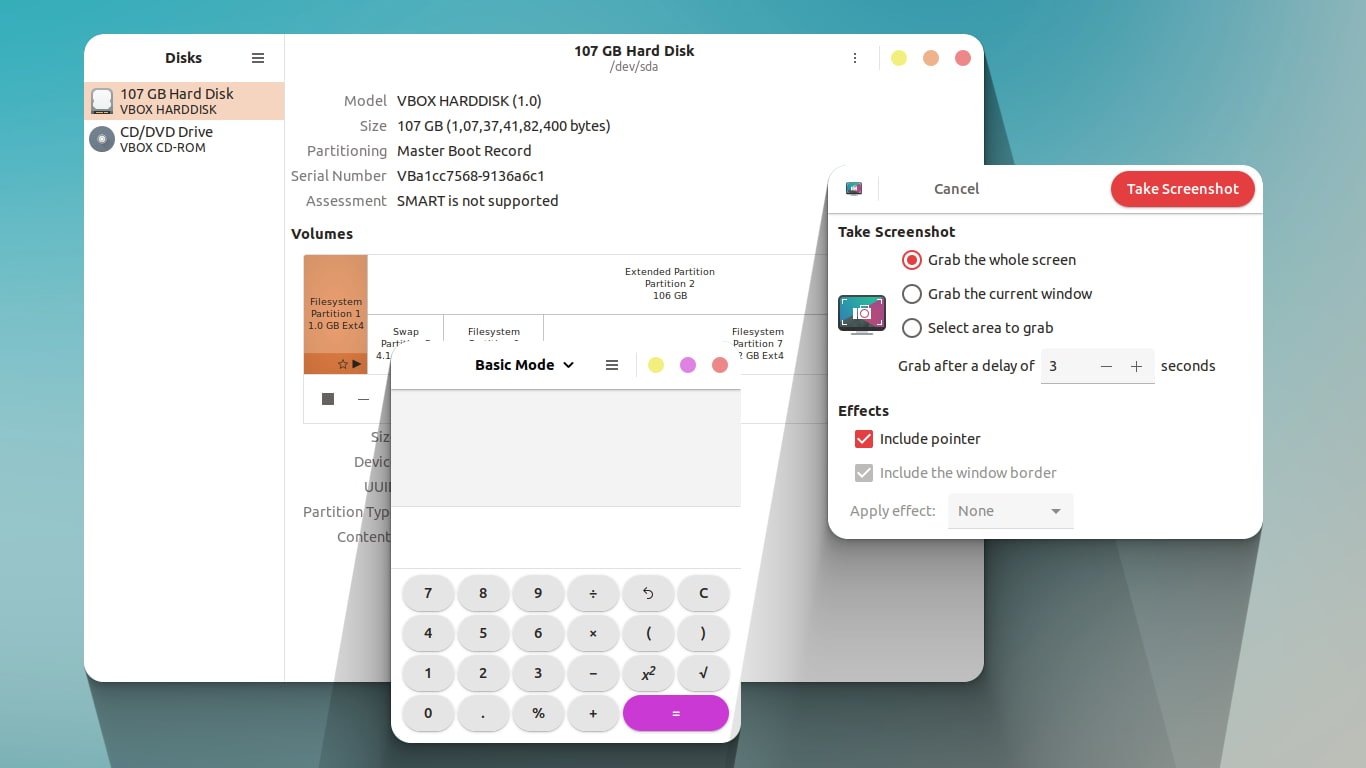 Statement on 4 Years of GDPR

Statement on 4 Years of GDPR

Reading the rather disturbing (albeit refreshingly honest, compared to some other distros) [answer to the FAQ "Can Slackware be recompiled from scratch?"](https://docs.slackware.com/slackware:faq#can_slackware_be_recompiled_from_scratch) got me wondering... GPLv3 says: > The “Corresponding Source” for a work in object code form means all the source code needed to generate, install, and (for an executable work) run the object code and to modify the work, including scripts to control those activities. GPLv2 says something similar: > The source code for a work means the preferred form of the work for making modifications to it. For an executable work, complete source code means all the source code for all modules it contains, plus any associated interface definition files, plus the scripts used to control compilation and installation of the executable. In the absence of [reproducible builds](https://en.wikipedia.org/wiki/Reproducible_builds), how is it actually legal for third parties (not the copyright holder) to distribute binaries of GPL-licensed software? Even if I have the corresponding source code and precisely the same build environment that the distributor built a binary with, if the build process is not reproducible then I cannot actually ***generate*** precisely the same copyrighted ***work in object code form*** which I've received. The GPL doesn't seem to say anything about how distributing source code and build scripts which can generate a different-but-effectively-equivalent(-but-not-easily-verifiably-so) binary being sufficient to comply with the source code requirement. So, how is distributing these binaries not copyright infringement? (Obviously in practice everyone agrees that it is OK to distribute non-reproducible binaries, since most everyone does it, but the answer "the entire free software community just seems to agree that slightly violating the GPL is OK because reproducible builds are too much work" is pretty unsatisfying.)
fedilink
4
external-link